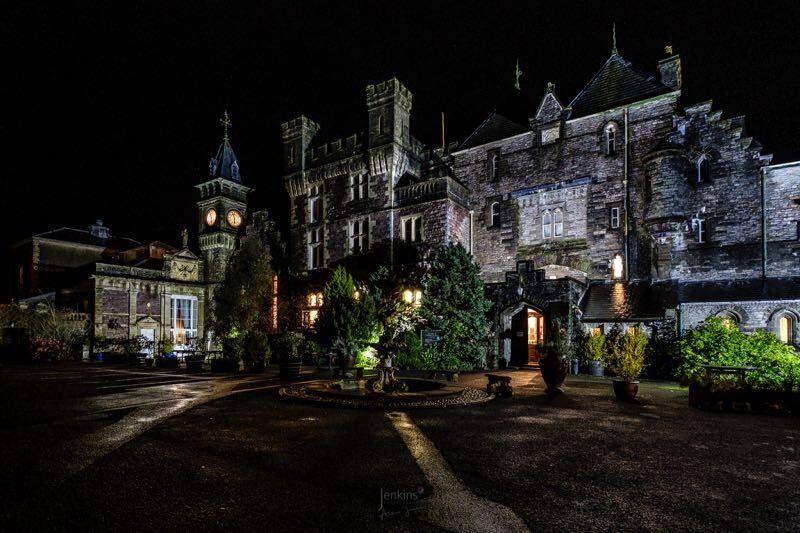 Brides and Grooms lucky enough to live in or near Aberdare will not have to travel far to get married at Craig y Nos Castle.
Aberdare Brides & Grooms may not realise it, but in Craig y Nos Castle they have one of Wales' premier wedding venues, to which couples will travel from all over the country. We're almost on Aberdare's doorstep! 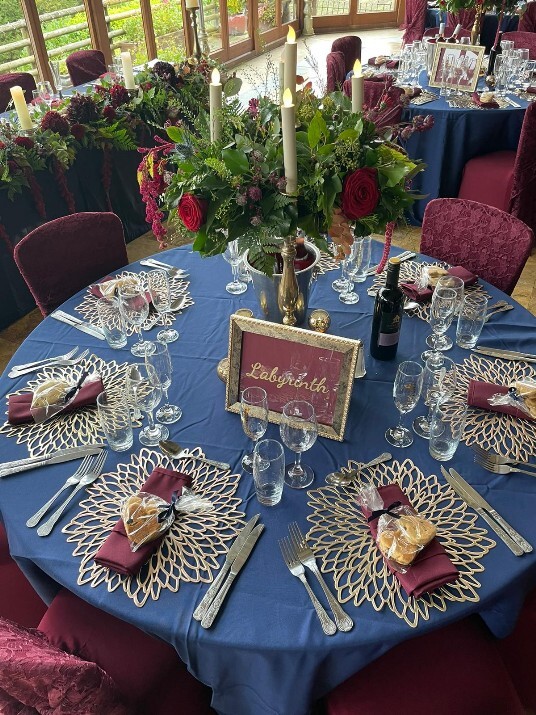 Why Choose Craig y Nos Castle,
near Aberdare?
You get Exclusive Use of our castle wedding venue near Aberdare.
All your guests can stay overnight with you on your wedding day. Party late into the night, with no worries about you or your guests getting back home to Aberdare.
Craig y Nos Castle wedding venue sleeps up to 81 guests in en-suite doubles and family rooms.
We're probably the only castle wedding venue where all your guests from Aberdare can stay overnight.
A unique Wedding Venue - the romance of a real Welsh Castle combined with the historic grandeur of our very own Opera House licensed for wedding ceremonies.

Craig y Nos Castle only accepts one wedding a day, so you and your guests from Aberdare will have the run of the whole ground floor of the castle exclusively.

You're not in just one room, you and your guests have the run of all our ground floor rooms: 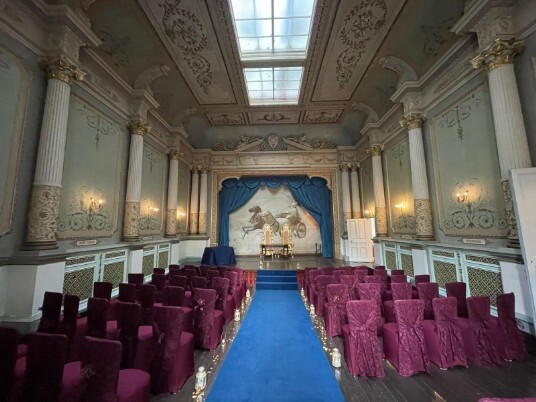 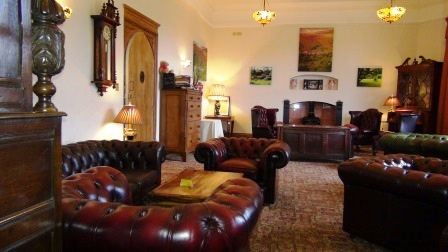 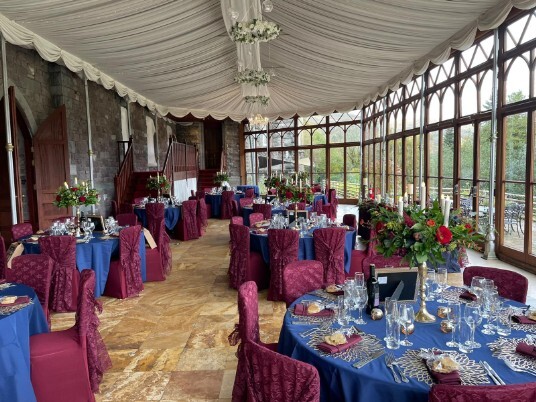 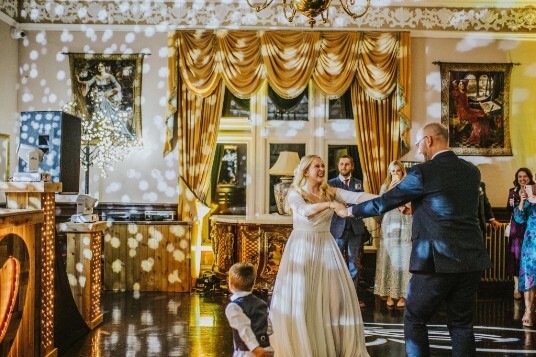 (4) Evening wedding party and late night disco in our evening function room and music room, with resident's bar.
Should you 'go local',
for a wedding venue
in or near to Aberdare,
or can you go further afield

for a more special and unique wedding day?

'Local Venue'
or
'Destination Wedding Venue'?
You may have guests some distance away from Aberdare, who'll need to travel to your wedding anyway, so it won't matter to them so much where you get married.
For guests who live local to you, friends and neighbours and acquaintances and even work colleagues in and around Aberdare, do you want a local wedding venue near Aberdare where all your guests can get to easily? Or are you all happy about travelling down the A465 to Glynneath and over to Craig y Nos Castle?

Unlike with a 'local' wedding reception, when you marry at Craig y Nos, you won't have so many guests shooting off early to get home. With more local weddings nearer to Aberdare, a wedding party dwindles around 11-12 as guests leave to go home. Having everyone stay over at Craig y Nos means your party lasts late into the night. 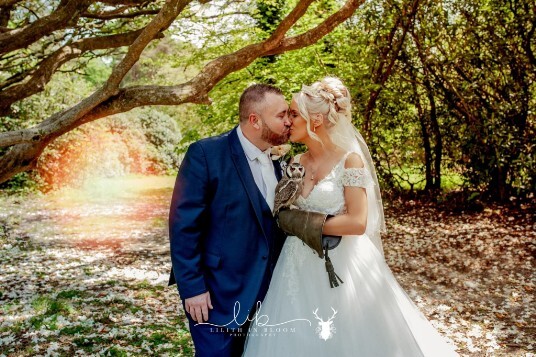 Aberdare Wedding Theme ideas,
Wedding Decor and Wedding Gift Ideas,
based on Aberdare's history, style and culture
Link your wedding theme, wedding decor and wedding favours to the history, style and sense of place of Aberdare. Your wedding theme may be linked to your own past, to key moments in your relationship with each other, your favourite colours, your personal tastes, or you may incorporate elements of your home town of Aberdare into your wedding day 'story book'.
When considering wedding decor you may already have plenty of your own ideas for your wedding. Or maybe you are still looking for inspiration? Reflect the story of Aberdare in your decor, to connect your personal history in your home town's roots, and your family's location in Aberdare. You may get some ideas from the history of Aberdare below, its buildings, street names, or local transport routes etc. 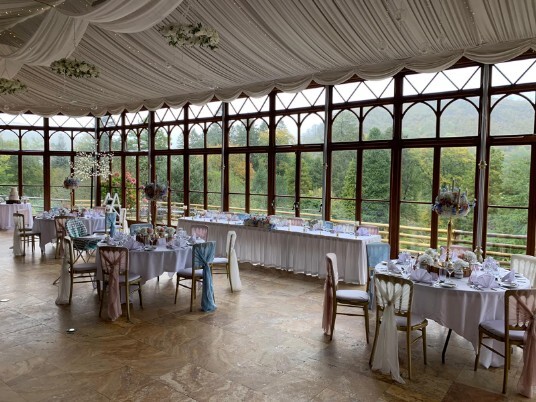 A truly magical and unique
castle wedding venue
Craig y Nos Castle is a popular destination wedding venue for couples all over the UK. It combines the attraction of getting married in a real castle, in your own fairytale castle for either a day or a whole weekend, a historic building (yours exclusively for your wedding) in an area of outstanding natural beauty.
The mountain scenery of the Brecon Beacons National Park guarantees you stunning photo opportunities both inside and outside the castle. The Grade One Listed Opera House makes a fantastic setting for your wedding ceremony. You get exclusive use of the whole ground floor of the castle for you and your wedding guests.
Hosting over 100 weddings a year, Craig y Nos Castle is a truly magical and unique castle wedding venue for Brides and Grooms with reasonable and affordable rates. 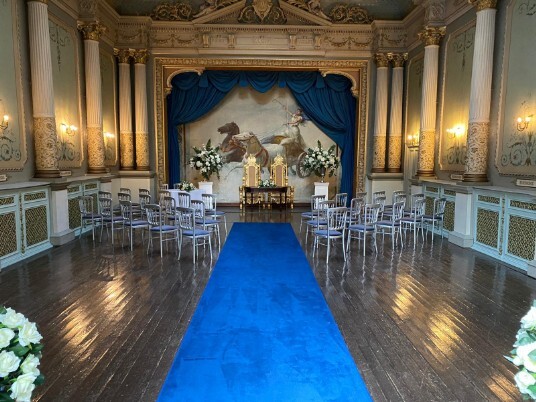 12 Key facts about Aberdare
1. Aberdare Population - 31,705 (it reached 53,779 in 1911 but has since declined with loss of heavy industry).
2. Did you know that Aberdare is the 13th largest town in Wales?
3. Aberdare population was 1,486 in 1801, but expanded due to abundance of coal and iron ore.
4. Despite all the collieries around, Aberdare town had many improvements made and is now considered a pleasant place to live. It is also known for its Victorian architecture.
5. Aberdare has 12 Anglican churches and one Catholic church.
6. Aberdare is an amalgamation of eight previously separate villages: Aberaman, Abernant, Cwmaman, Cwmbach, Cwmdare, Llwydcoed, Penywaun and Trecynon (cont'd below) 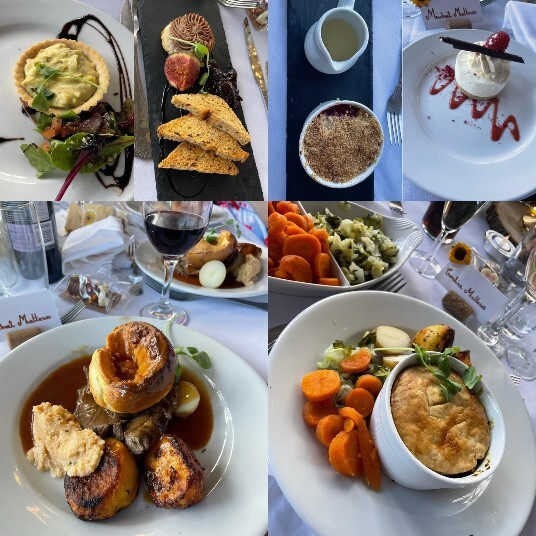 7. Aberdare in the 1860's was an important producter of coal and was once described as "the most dynamic place in Wales"
8. In 1851 The Admiralty decided to use Welsh Steam Coal in the Royal Navy's ships, which boosted Aberdare's reputation as an exporter of coal. Steam coal was later discovered in the Rhondda Valleys but many of the great coal companies of Wales started in Aberdate - such as Samuel Thomas, David Davies and Sons, Nixon's Navigation and Powell Duffryn.
9. The last coal mine in Aberrdare closed in 1965.
10. Aberdare was once a centre of welsh culture, hosting the first National Eisteddfod in 1861. The Coliseum Theatre is Aberdare's main arts venue with a 600 seat auditorium.
11. The rock band Stereophonics came from the nearby village of Cwmaman, near Aberdare
12. With the end of coal mining Aberdare became dependent on new industries - principally cable manufacture, smokeless fuels, and tourism.
Wedding Favours and Decor ideas you might consider from the above, if you wish to add Aberdare as part of your story/ background:
(1) A quiz about Aberdare with prizes, (2) If having eight wedding tables, name the tables after each of the eight villages that make up Aberdare, (3) Any coal products that could feature, to reflect Aberdare's industrial past as a major coal exporter. 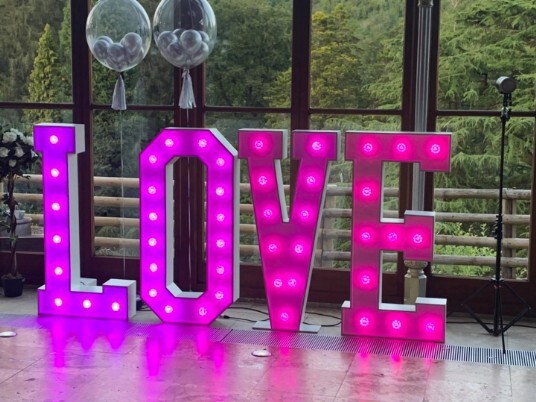